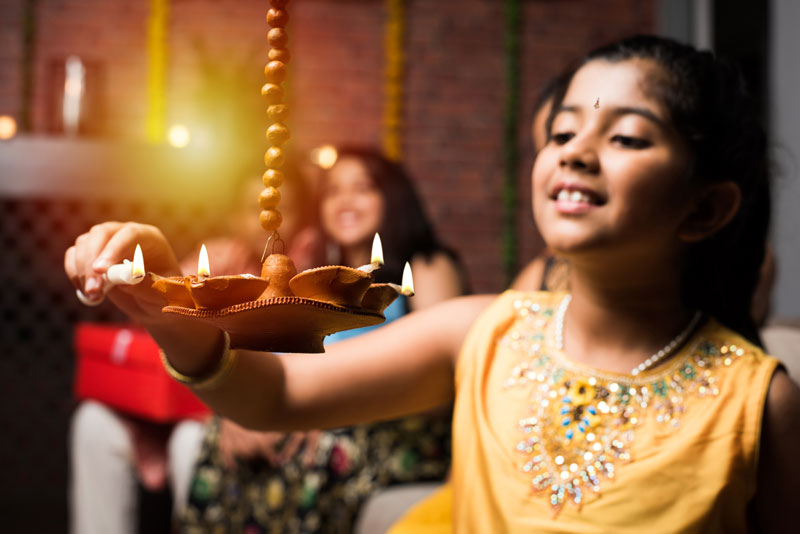 Is Diwali/Deepavali a Public Holiday?

Diwali/Deepavali is not a public holiday. Businesses have normal opening hours.

Many Canadians celebrate Diwali, which is known as the “Festival of Lights”. It is a joyous festival that attracts plenty of media and public attention in Canada. Various community groups, businesses, schools and associations celebrate Diwali each year. Some companies have corporate Diwali dinners and some communities organize carnivals or gatherings that feature firework displays. Many Diwali festivals feature dances, street lighting, and plays.

Many women wear fine jewelry and silk outfits to celebrate Diwali. Some women and girls use Mehendi, which is a temporary henna decoration, on their palms. Many homes that celebrate Diwali have assorted sweets, savouries and Diwali herbs. Various lights, candles and sparklers are lit inside and outside homes, particularly in courtyards, on Diwali.

Diwali is not a nationwide public holiday in Canada but it is a large festival celebrated in many towns and cities. There may be traffic congestion and parking places may be full in areas where events are held to celebrate Diwali. Some Indian businesses may close early on Diwali.

Diwali is called the “Festival of Lights” and is celebrated to honour Ramachandra, the seventh avatar (incarnation of the god Vishnu). It is believed that on this day Rama returned to his people after 14 years of exile during which he fought and won a battle against the demons and the demon king, Ravana. People lit their houses to celebrate his victory over evil (light over darkness).

The goddess of happiness and good fortune, Lakshmi, also figures into the celebration. It is believed that she roams the Earth on this day and enters the house that is pure, clean, and bright. Diwali celebrations may vary in different communities but their significance and spiritual meaning is generally “the awareness of the inner light”.

Lamps, fireworks and bonfires illuminate this holiday, as the word “Deepawali” means “a row or cluster of lights” or “rows of diyas (clay lamps)”. The festival symbolizes the victory of righteousness and the lifting of spiritual darkness. The goddess Lakshmi, who symbolizes wealth, happiness and prosperity, is also worshipped during Diwali.